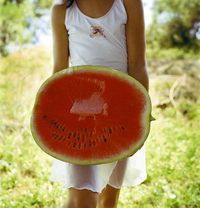 Stratos Kalafatis (Kavala, Greece, 1966) studied at the Philadelphia Art Institute, USA. This well-established photographer has held major exhibitions in museums in Greece (Thessaloniki and Athens), Japan and Finland. Also participated in group exhibitions in Valencia (1992) and the Marseilles Biennial (1990).

Photographic exhibition:"Journal 1998-2002" by Stratos Kalafatis
produced by the Thessaloniki Museum of Photography, is presented at the Centro Cultural Caja Castilla la Mancha
The 50 coloured photographs represent Skopelos island, its people, its landscapes, its subjects...
As Stratos Kalafatis refers, the coloured photographs"...recall memories of joy, fear, curiosity, optimism and intimacy to the place and the people. "Photography" was rarely the main goal itself, the only sure thing was my yearning for a new reality. Once again, it was photography that set the pace, imposing its own different perspective on the things that weigh us down."

Christian Caujolle, who prefaces the catalogue of the exhibition underlines

that it is not possible for someone to take photographs with colored film unless one's aim is to create images that hinge on exactly that: colour. That's what Stratos Kalafatis is doing. He provides us with nothing less than a voyage around the colour of the world; a voyage in which colour forms his photography very matiere. He plays amidst the obvious seduction within his perfectly structured shots to construct an alphabet of his photography, the founder of a subjective and intimate authorial style that transforms the universe into a sequence of impression of colour. 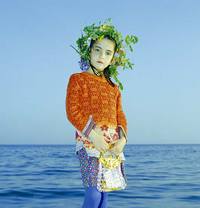 Christian Caujolle continues "Organizing these photographs in accordance with a logic that stems for chromatic development rather than descriptive narrative of the recounting of events, draws us along a strange and dream-like path between references to the real and sublimations of the fictional. He is saying to us: follow me so we can experience together everything photography is empowered to reveal, but which the limits of our vision prevent us from seeing clearly as we explore a landscape or arrive at a beach. He is inviting us to melt into the materiality of his pigments, which move from yellow to green, and blue to yellow via a succession of the subtlest intensities of light. The artistic Director of the VU Gallery in Paris concludes"...These are neither photographs with colour nor photographs in colour; they are colours that have become photography".

Posted at 03:24 in Fotografos, PhotoEspaña | Permalink