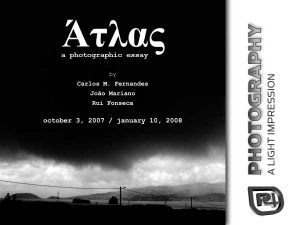 "25 years since the opening of Ether (1982/1996), the curtain rises once again on a new space in Lisbon exclusively dedicated to photography: the P4Photography Gallery.

Following the success of the first photography auctions in Portugal (which began in 2006), P4 developed a new strategy focusing on the photography arts in general. This includes the creation of a data base and sale of photography books (several of them out of print), the production of limited edition prints and now the foundation of a photography gallery.

The P4Photography Gallery, which will show the work of both Portuguese and foreign artists, aims to become a major player in the photography field in Portugal. Some of the great international photographers have worked in Portugal, showing a particular empathy with the Portuguese sensibility: Henri Cartier-Bresson, Lou Stettner, Thurston Hopkins, Harry Callahan, Sebastião Salgado, etc. More recently, Sarah Moon, Candida Höffer, Hedi Slimane and Bert Teunisssen have also paid tribute to this fascination.

The P4Photography Gallery will exhibit not only well-known photographers but also newcomers, particularly those with an interest in all things Portuguese. A daunting task when one thinks that there are traces of Portugal all over the world.

Carlos M. Fernandes, João Mariano and Rui Fonseca are three photographers whose work reflects this philosophy. They have traveled extensively (Iceland, Norway, Continental Portugal and the Azores,) in search of the overwhelming energy of the Atlantic and Atlas." 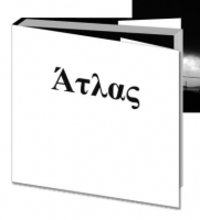