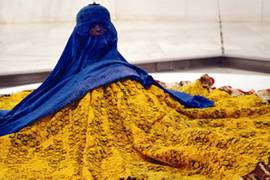 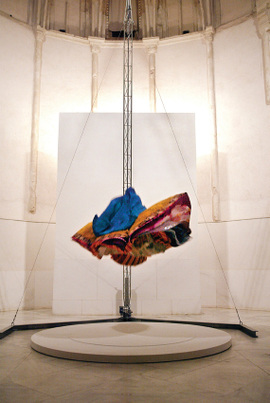 "Santralistanbul, a project led by Istanbul Bilgi University, involving the conversion of the first power station built in Istanbul during the Ottoman Period into a Museum of Contemporary Arts, Museum of Energy, artists residencies and a cultural and educational centre. Located at a unique industrial heritage site, Santralistanbul aims to be a comprehensive, participatory and interdisciplinary international platform for arts and culture. The inauguration exhibition, ‘Modern and Beyond’, which opened the site to the public on September 8th this year, is an art historical account of Modern and Contemporary Art in Turkey between 1950 –2000.
The second project that will take place at santralistanbul is the first step of an annual series of workshops and exhibitions to be organized under the general title ‘Non-western Modernities’, conceptualized and curated by Nilufer Gole, one of the most prominent sociologists of Turkey.
The first edition of this series of exhibitions is titled ‘Mahrem’ and it will take place between 17 October – 21 November 2007 at santralistanbul. The exhibition will focus on the elaboration of the Islamic practices of veiling which revealed to be a central issue in understanding the changing self-presentation of Muslim women and the tensions it engenders with secular public spheres: ‘…In spite of the differences in political contexts, the Islamic veiling today crystallizes a myriad of new tensions between religion and secularism; piety and politics; feminism and Islamism. But foremost, it points to the centrality of the questions of women’s body and sexuality in organizing public life, drawing boundaries between acceptable and forbidden behavior. It is a reminder of a personal, embodied practice; but it is also a symbol communicated to others  in public realm. The meaning that women assign to Islamic covering and its public perceptions might not be the same and can differ. It is these interstices and (mis)communication between the personal and the public that calls for social scientific comprehension and visual representation. Through a series of panel discussions and an exhibition, ‘Mahrem’ will create a platform for discussion on the changing frontiers, displacements and new configurations between private and public spheres, between secular liberal and pious notions of self, between religious agencies and social imaginaries.’

Posted at 20:06 in Joana Vasconcelos | Permalink