"Apart from the dates of his life and death, there are no other significant dates known in the life of the artist. His wife Dna. Ethelvina dos Santos, died in 2006. They had three children, all of whom now live in, or near, Lisbon. He spent his entire life close to Arega, the small village in which he lived and worked in Portugal. Dos Santos could neither read nor write and lived a frugal existence on his small holding. He said he never visited an art gallery or museum and he attended school for only seven days.


Yet his claims were astonishing: to have received the Stigmata; to have been told by God how to release forms hidden in the large variety of fallen wood that lay about his dwelling; to have been the greatest sculptor in Portugal, in a world in which Portuguese sculptors were the greatest! Even more than a successful and great artist, he wanted to be a fadista - a player of the guitar and singer of the plaintive, semitic sound that is peculiar to certain under-privileged barrios of Lisbon. The inscription on his gravestone describes him as a fadista rather than sculptor.

José dos Santos, for all his self-obsession, teaches us much about the nature of creativity, particularly when exercised in adversity. He knew nothing of modern art, yet freely used found materials in extremely inventive ways to give his creatures expression in a way that is an example to all. His electrifying opinions on human sexuality and the position of women, as opposed to men (of whom he had a fairly low opinion), rendered him an advanced thinker." 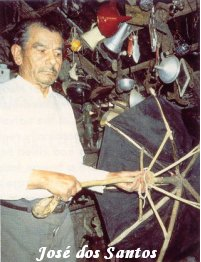 CURATORS’ AND CATALOGUE CONTRIBUTOR’S BIOGRAPHIES
Glenn Barkley...
Peter Fay has a special interest in outsider art and the art of young and unrecognised artists. He has a long history of supporting artists through commissions and sponsored exhibitions and has curated a number of exhi bitions in Australia and New Zealand.
Curatorial projects include Lapped and Pelt: the art of Joan Ross, Campbelltown Arts Centre, Sydney, 2005; Sherna Teperson: Snow Domes In an Age of Shrinking Ice Caps, Campbelltown Arts Centre, Sydney and It’s Painting So it Must be German, Silvershot Gallery, Melbourne, 2006; An Oz six pack, Starkwhite, Auckland, New Zealand and The Art of Reece Tong, Sheffer Gallery, Sydney, 2007. His 2007 group exhibition Bloodlines: Art and the Horse, first exhibited at the Hawkesbury Regional Gallery, Windsor, New South Wales, is currently touring nationally.
In 2003 Home Sweet Home: Works from the Peter Fay Collection, co-curated by Dr. Deborah Hart and Glenn Barkley, was exhibited and toured by the National Gallery of Australia to venues in Australia and New Zealand.

Colin Rhodes is Professor of Art History and Theory and Dean of Sydney College of the Arts, University of Sydney. Until recently he was Director of the School of Art & Design at Loughborough University, UK. His books include the influential Outsider Art: Spontaneous Alternatives (2000) and Primitivism and Modern Art (1994), both published by Thames and Hudson, for whom he is currently completing a book on 20th Century Art. He is a regular contributor to Raw Vision, Création Franche and The Burlington Magazine. He has a keen commitment to drawing and exhibits his own work occassionaly. 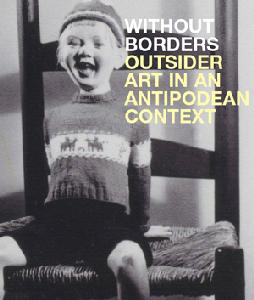