"Duchamp's official last painting was made in 1918. In December, 1918, he moved to Buenos Aires to avoid being drafted in military service in the United States. He spent most of the time playing chess, joined a local chess club, and took chess lessons from a local master. He remained in Argentina for 9 months.

While in Buenos Aires, he started two games simultaneously by cable with Walter Arensberg in New York. He invented a code for transmitting the moves so that costs would be minimal. He also designed a set of rubber stamps for recording chess positions.

In 1919, in a letter he wrote to the Stettheimer sisters, "My attention is so completely absorbed by chess. I play day and night, and nothing interests me more than finding the right move.... I like painting less and less." In 1919, he designed a chess swt with a traveling foldaway table and a board that has two stopwatches for timed games.

In 1919, he scandalized Paris and the international chess world by drawing a moustache and goatee to a reproduction of the Mona Lisa. He called it L.H.O.O.Q. In French, the letters sound like "elle a chand au cul." meaning "she has a hot ass."

In 1920, he moved to New York and joined the Marshall Chess Club which was then located above the Pepper Pot Restaurant on 8th Street in Greenwich Village. He played there every evening.

In 1922, he participated in the Metropolitan Chess League and was on the winning team (Marshall Chess Club). He also played Capablanca, who was giving a 21-board simultaneous exhibition. Duchamp lost, but that motivated him to study chess harder.

In 1923, he moved to Brussels to study chess and played in the Belgium chess championship. He score 7.5 out of 10 and took 3rd place. He then went back to Paris. Starting in 1923, he devoted most of his time to chess, abandonng his career as an artist. He was a member of the Rouen chess club.

In 1924, he won the chess championship of Haute Normandie.

In 1924, he played in the Paris tournament. He then played in the 2nd French Chess championship in Strasbourg. The event was won by Robert Crepeux.

In 1924, Duchamp appeared in a scene from Rene Clair's short film, Entr'acte. He is seen setting on the edge of a roof playing chess with Man Ray.

In August, 1925 he designed the poster for the 3rd French Chess Championship held in Nice from September 2 to September 11. He played in the event, with 3 wins, 3 losses, and 2 draws and taking 6th place. He was awarded the title of chess master by the French Chess Federation (Federation Francaise des Echecs). The event was won by Robert Crepeux, who won it in 1924.

On June 8, 1927, he married Lydie Sarazin-Lavassor. It may have been a marriage of convenience. She was the daughter of a wealthy automobile manufacturer, and her marriage contract was to have supplied him with a steady source of income while he painted and played chess. During his honeymoon, he went every day to a chess club in Nice. When he returned, he spent several more hours studying chess positions. His marriage lasted only six months because of his obsession to chess. He spent most of his time playing chess around Nice, France. One story (told by his friend Man Ray) is that his bride was so frustrated at him for playing chess that she glued all the chess pieces to the board while he was asleep. They were divorced on January 25, 1928.

In September, 1927, he particpated in the 5th French championship, held in Chamonix. That event was won by Andre Cheron.

In 1928, he shared 1st place at Hyeres with Vitaly Halberstadt and J.J. O'Hanlon.

In July-August 1928, he played on the French team at the 2nd chess olympiad in The Hague. He played Board 3 and won 1 game (defeating Vladimir Petrov of Latvia), drew 11, and lost 4. He lost one game, to Hans Mueller, in 10 moves, the shortest game of the olympiad.

In September, 1928, he played in the 6th French championship, held in Marseilles. That event was won by Amedee Gibaud.

In 1929, he defeated Georg Koltanowski in 15 moves in a Paris tournament.

In 1931, he was a member of the board of the French Chess Federation and was a delegate to FIDE until 1937.

In 1932, along with Vitaly Halbertstadt (1903-1967), he wrote L'opposition et cases conjuguees sont reconciliees (Opposition and Sister Squares are Reconciled). It was published in a limited edition of 1,000 copies by L'Echiquier, Edmond Lancel, in Brussels. It is a study of some endgames, including one that arose from Lasker vs Reicheim in 1901. It was written in French, English, and German.

In 1932, he won the Paris Championship, ahead of Znosko-Borovsky.

He once observed "I am still a victim of chess. It has all the beauty of art - and much more. It cannot be commercialized, Chess is much purer than art in its social position."

In 1933, he won the Internationaler Fernschachbund, the European correspondence chess championship.

From 1934 to 1939, he played in the first correspondence Olympiad, and went undefeated.

By 1940, Duchamp realized that his ambition to be a great chess player was hopeless.

In 1941, Duchamp's good friend Henri-Pierre Roche wrote that "Duchamp needed a good game of chess like a baby needs a bottle."

In June, 1942, he settled permanently in New York to avoid the hardships of World War II in Europe. He had a studio on 14th Street. Duchamp and George Koltanowski formed the Greenwich Village Chess Club in 1942.

In the mid-1940s, Duchamp began an affair with Maria Martins. Her husband was the Brazilian ambassador in the United States.

In 1943, he designed a pocket chess set with a leather wallet, celluloid pieces and pin attachments, which he called 'Rectified Readymade.'

In 1944-45, he organized an Imagery of Chess exhibition at the Marshall Chess Club and the Julien Levy Gallery. He invited artists to redesign the standard chess sets or create works that explored the symbolism of chess. Duchamp designed the catalog and was the arbiter in a blindfold match given by Koltanowski on 6 boards, played in January, 1945.

In February 1947, he joined the London Terrace Chess Club in New York.

In August, 1947, he played in a chess tournament in New Jersey.

In 1948, he took 1st place in the preliminaries of the New York State Chess Association. The event was won by Larry Evans.

In 1949, he went 6-0 in the preliminaries of the New York State Chess Association in Rochester. The event was won by Max Pavey.

In 1950, he played in the New York State championship in Binghampton. He won 5 and lost 4. The event was won by Eliot Hearst.

In 1951, he particpated in the New York State championship in Syracuse, New York. He won 4, lost 4, and drew 1. The event was won by James Sherwin.

In August, 1952, he gave a speech at a banquet during the New York State Chess Association annual meeting in Cazenova. He said, "Beauty in chess is closer to beauty in poetry; the chess pieces are the block alphabet which shapes thoughts; and these thoughts, although making a visual design on the chess-board, express their beauty abstractly, like a poem... From my close contacts with artists and chess players, I have come to the personal conclusion that while all artists are not chess players, all chess players are artists." He participated in the 1952 New York State Chess Championship, won by John Collins. Duchamp took 16th place.

In 1953, he played in the New York State championship in Cazenova. Duchamp took 15th place.

In 1954, he married Alexina "Teeny" Sattler Matisse (1906-1995), who did play chess. She joined the Marshall Chess Club and was an entusiastic player. She was the former wife of Pierre Matisse, son of Henri Matisse.

In 1955, he became a naturalized citizen of the United States.

In August 1957, he played in the New York State championship in Binghampton. The event was won by August Rankis. Duchamp won 4, lost 4, and drew 1.

In 1958, he won the London Terrace Chess Club Championship at the age of 71.

In 1959, he was a member of the board of directors of the American Chess Foundation. He also won the London Terrace Chess Club championship at the age of 72.

In March, 1961, Duchamp, who lived in Greenwich Village, played a chess game by telegraph with a small team of Amsterdam school boys during an exhibition at the Museum of Modern Art in Amsterdam called Bewogen Beweging (Moving Motion). A move a day was sent. Duchamp eventually won in 31 moves. He was 74. The Dutch players included Hans Ree, Tim Krabbe, Herman Grimme, and Hans Lauring.

In 1961, during an interview, he was asked what chess was. He said, "Chess is a sport. A violent sport. This detracts from it most artistic connections."

In 1963, at a retrospective exhibition, he played chess with a nude woman at the Pasadena Musuem of Art.

In 1964, a French movie was made called Game of Chess with Marcel Duchamp. There is a long interview with Duchamp about chess. the movie won the gran prix for the short subject category at the 7th Annual Bergamo Film Festival.

In 1966, he organized a chess exhibition called Hommage a Caissa. He produced 30 'ReadyMade' chess sets and sold them at the Cordier & Elkstrom Gallery in New York. In this exhibition, he played chess with Salvador Dali, and Andy Warhol had the band Velvet Underground sent to provide the background music. Duchamp raised over $32,000 to support the American Chess Foundation. Duchamp founded a Marcel Duchamp Chess Endowment Fund to support American chess.

In 1967, he played in a chess tournament in Monte Carlo.

In March, 1968, he played a chess game with avant-garde composer John Cage (1912-1992) in Toronto, in which music was produced by a series of photoelectric cells underneath each square of the chessboard as the chess pieces moved about the board.

Some of his chess quotes are as follows:

"Chess has no social purpose. That, above all, is important."

His four most famous chess paintings are: 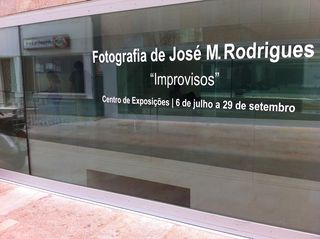 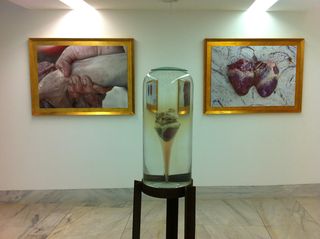 no blog A Pequena Galeria / AP