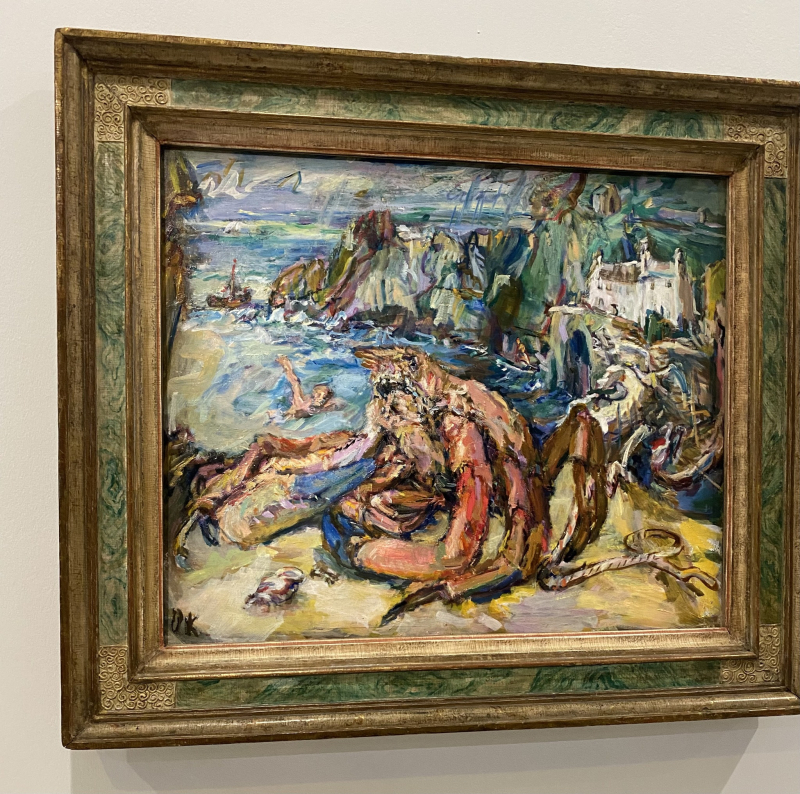 The view is from the Kokoschka’s house in Polperro, Cornwall. He lived there between 1939 and 1940, having left Prague, Czech Republic (then Czechoslovakia), to escape the Nazis invasion. This work refers to the German occupation. Kokoschka said the swimmer (a self-portrait) represented Czechoslovakia, and the crab Neville Chamberlain, the British Prime Minister at the time. He explained, the crab ‘would only have to put out one claw to save him from drowning, but remains aloof.’ Kokoschka claimed that his landscape paintings often became political metaphors if he brought them to London unfinished, as in this case.

In his autobiography, Look Back, Look Forward, 1963, Edward Beddington-Behrens (anterior proprietário) recalled that Kokoschka told him that the swimming figure (a self-portrait) represented Czechoslovakia and the crab, Neville Chamberlain, who ‘would only have to put out one claw to save him from drowning, but remains aloof’. (At the time, Kokoschka held Czech citizenship, and had arrived in England as a refugee in 1938.)

Kokoschka also told Edith Hoffmann that what started off as a straightforward realistic landscape had the habit of turning into a political allegory, especially if he brought the painting  back to London unfinished. 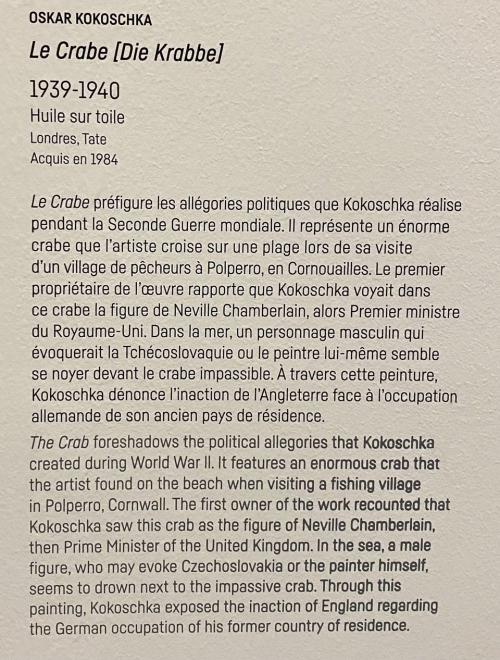 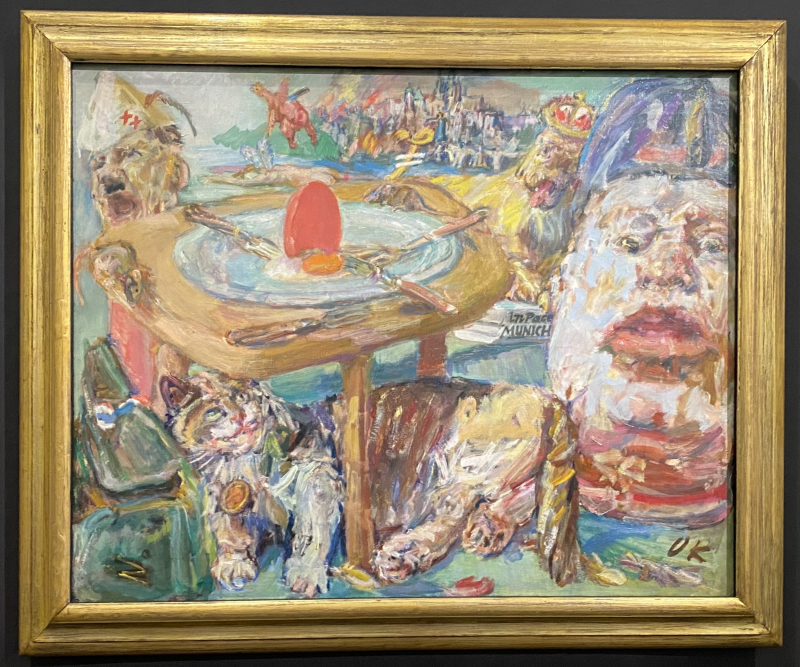 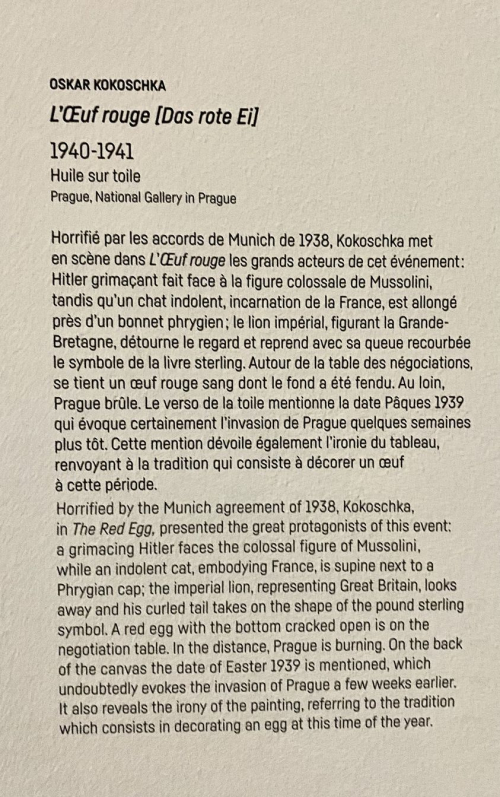 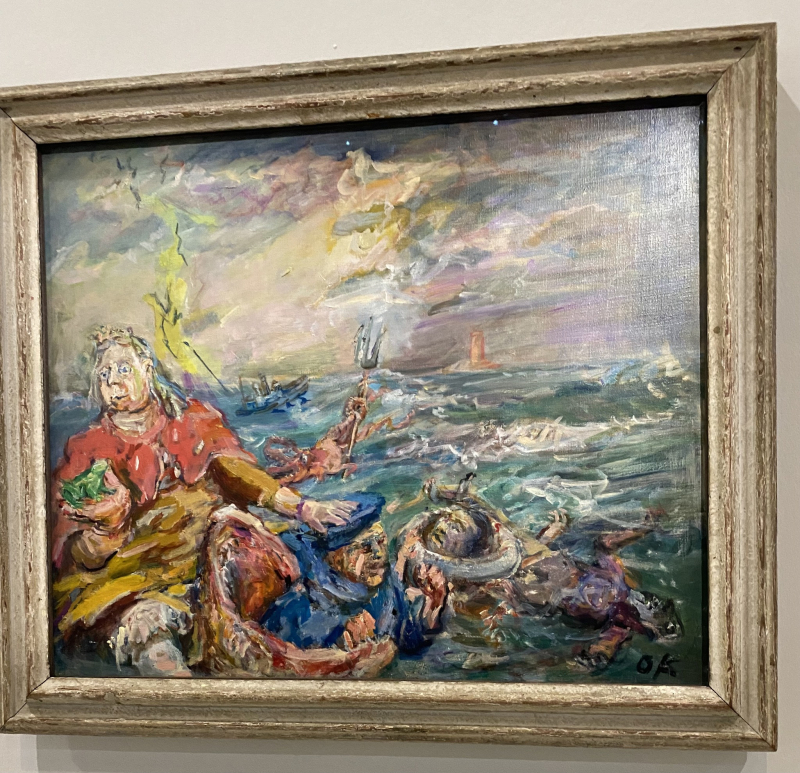 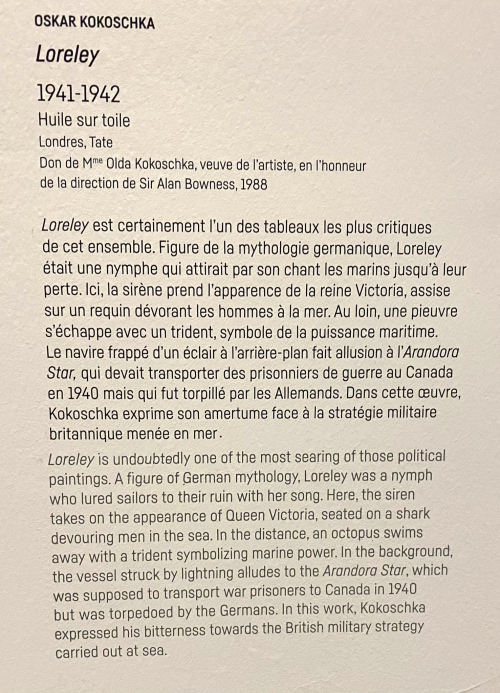 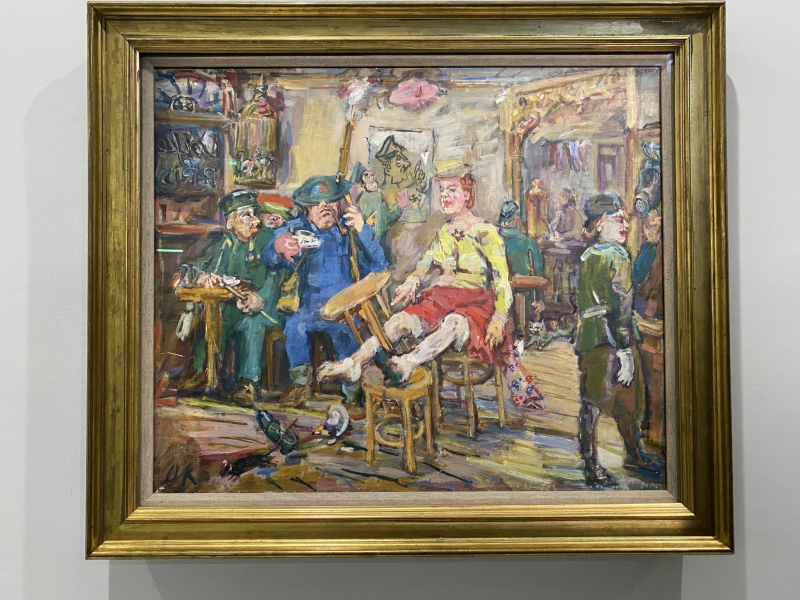 1942 was a year of deadlock during the Second World War. Whilst the Soviet Union was battling the Nazis in the East, there were repeated calls for British and American governments to launch a Second Front in Western Europe. In Marianne-Maquis, Kokoschka vents his criticism of the allies’ delay by showing British war leaders Winston Churchill and General Montgomery drinking tea in the Café de Paris in Soho. The central figure is Marianne, the traditional personification of France, now linked to the ‘Maquis’, the French Resistance. 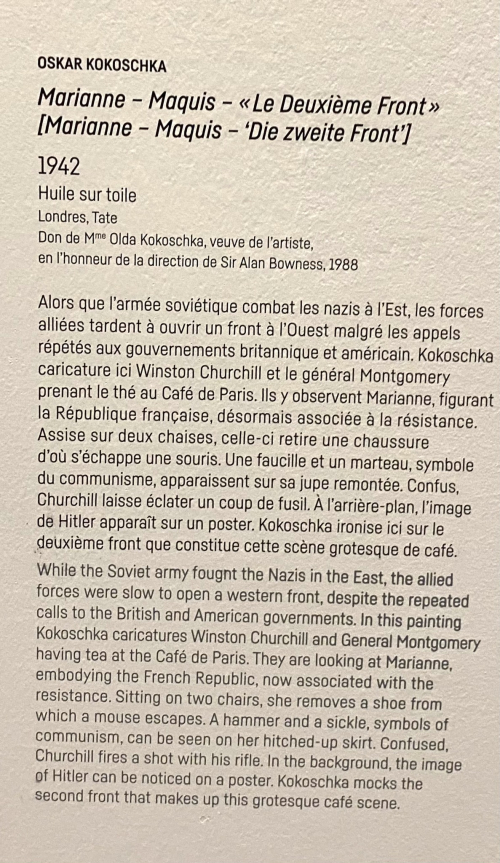